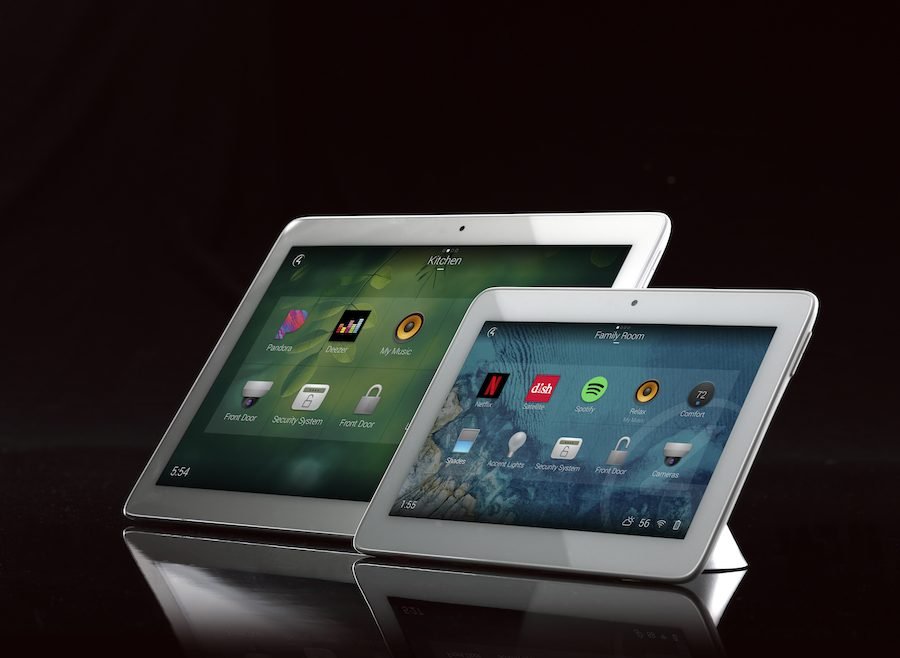 Control4 has just released their newest update: OS 3. The developers describe this update as, “the first operation system specifically designed for the modern home”. Their goal was to completely eliminate the complexity of the smart home and provide an evolved and refined experience. Not only did they eliminate complexity, but they made the customer experience more user friendly across any device. Enhanced personalization has made an impact on the music features, favorites, dashboard and many other features as well! This new update has completely changed the smart home experience to be more fast, intuitive and easy.

The new user interface creates a fresh and refined impression on every feature in OS 3. There are bigger buttons and text across your mobile device, touch screen panel and tv. This is a feature that Control4 is very excited about because it is what their customers have specifically been asking for in the systems to come. The user interface in OS 3 also delivers more control since it is so much easier for the customer to operate.

Control4 has completely enhanced the music experience to one that their customers will love! OS 3 allows users to easily choose what rooms they want music in and customize accordingly. Additionally, the larger buttons make it so controlling the volume and choosing favorite rooms are completely user friendly and easy to maneuver.

The biggest impact that OS 3 delivers to Control4 is the ability to personalize and create favorites. The new ‘at a glance dashboard’ makes it so you are quickly able to see the status of each component in your home that are specifically important to you. The dashboard can show you the status of your home security, lighting, shading, temperature and many more features as well!

Always in Your Control!

The overall experience clients receive from OS 3 is the unprecedented personalization and control. While home automation can seem complex to some, this system proves it was meant to make your home life simpler and more secured. Control4 has created a foundation for a lot of new features to come in this area. These features are made to ensure each client has their own customized system.

Grand Home Automation is proud to introduce OS3 to the Control4 system because it will continue to allow us to give our clients what is most important to them. The ability to personalize and control your environment on this new level is really exciting for us to provide. Let us serve your needs by integrating all of your devices into one fast, easy and controlled system!

Learn more about our newest systems and services at: https://www.grandhome.com/grand-home-automation-discusses-building-a-smart-and-connected-environment-ise-europe-conference-2019/

Have you been enjoying lounging outside this summer, sipping a cold drink and soaking up the sun by the pool? Or maybe you look forward to sitting on your patio after a long day and leisurely grilling steaks. Backyard relaxation is one of the true joys of enjoying a fun summer with friends & family.

What could possibly make this scenario any better? Music! Nowadays there is no reason to limit your tunes to the car or your living room when we can help you wire your outdoor space for sound. Manufacturers have made great strides in designing durable, discreet speakers for homeowners to use wherever they want to enjoy.

Interested in impressing your guests at your next backyard summer party? Or like the idea of listening to music outside while you garden, sunbathe or just relax? Contact us today to explore the possibilities.

Say – what is all this ‘cue-sticks’ stuff, anyways? Well, acoustic treatments help control the sound in the room. You might visualize sound from a loudspeaker or subwoofer kind-of like dropping a quarter into a bathtub full of water. It drops in, making waves on the surface that move outward and then bounce of the sides of the tub, reflecting around for quite awhile. If the waves were sound, that first wave from the quarter directly hitting your ear will make a nice, clear, intelligible sound.

The problem comes in when the rest of the waves bouncing around continue to strike your ear, from multiple directions, delayed by varying amounts of time. Although our brain is astoundingly good at figuring out which signal arrived first and understanding the basic content of the sound, it gets a little confused about which direction it came from, and the true tonal quality and subtleties.

The fact is, the vast majority of what we consider to be audio fidelity is completely morphed and man-handled by the air between you and the speaker, along with all the reflections that merrily bounce off the walls, floor,  and ceiling. When you think about it, it’s amazing we can understand anything at all. To figure it out, humans use a three-piece pattern recognition system consisting of the left ear, right ear, and a grey ball of mush called our ‘brain’. Try this sometime in a noisy, crowded, indoor space: tightly close off one of your ears with a finger. All of a sudden, the environment sounds much more random, and the brain has a hard time distinguishing sounds and figuring out where they came from. T

here are two primary ways of controlling all this chaos in a theater room. The first method has to do with controlling the dispersion of the speaker itself. If you don’t want reflections from the ceiling, then don’t send sound in that direction in the first place, silly. This might be accomplished with types of horns, baffles, or tall and skinny line array speakers. The second method handles the sound where it strikes the wall or boundary.

Absorption is one method of dealing with the waves as they approach theater room surfaces. Most absorption materials, such as fiberglass or cotton panels, are porous to a varying degree so that sound pressure waves must push their way through, bounce off the wall, and then push their way back out. All this resistance knocks the energy out of the wave, maybe even stopping it. Imagine riding a bicycle down a sidewalk near the beach. You can move along quite easily unless you veer off into the sand, where you slow down quite quickly or even stop due to the friction of pushing through the softer material.

Diffusion is another method of keeping sinister reflections from gittin’ ya. But I’ll defer the de-confusing diffusion discussion until another not-too-distant discourse.
______________________
Sean Hotchkiss
shotchkiss@localhost