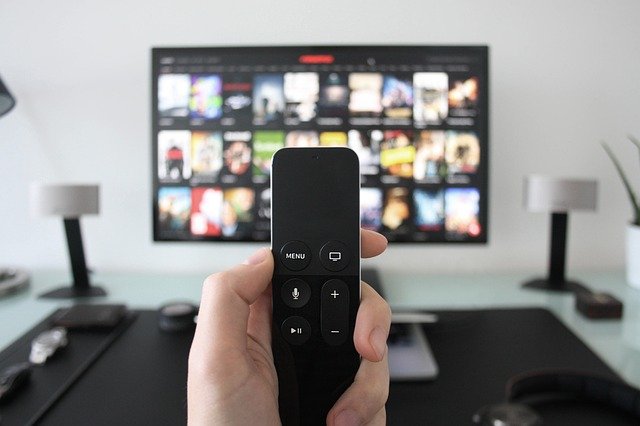 Netflix subscribers were abuzz last month when it was announced that Disney would be pulling their content off the popular media streaming service. This is part of massive streaming content updates across the entertainment scope at Netflix. While it won’t happen until 2019, plenty of parents voiced their concern on social media, such as the dad who tweeted:

”This is not good for the millions of parents who use Moana, Zootopia or Finding Dory as negotiation tactics with their toddlers.” Disney plans to introduce their own streaming service, subscription cost yet undetermined, which many fear will be the first step of several additional services to add in order to watch a variety of content.

Disney owns ESPN, which will likewise introduce its own streaming service in 2019. Sports Illustrated says that it’s a similar model to that of HBO NOW, which is an online-only subscription that comes with access to all of HBO’s content but is not part of a cable package.

Disney CEO Bob Iger said that he envisions a more customizable user experience where consumers can select specific games, packages and even parts of games they want to purchase.

Both Disney and EPSN services will be similar to what the Netflix or Amazon Prime platforms offer: paying a fee for the specific content offered through those services. Which is very different from how many people still purchase content through cable or satellite providers. Companies are more motivated than ever to keep up with streaming content updates with the extreme movement to cord-cutting for millions of potential viewers.

So does that mean cable and traditional satellite tv providers are dead? Not so fast. Both satellite and cable companies are innovating quickly to keep up with consumer entertainment trends.

DirecTV recently launched DirecTVNow, which Tom’s Guide explains as “DirecTV is a satellite-TV subscription service, while DirecTV Now is an online streaming service that delivers live TV channels.” Both are owned by telecom giant AT&T. Priced much less than traditional packages, DirecTVNow offers a more flexible, portable service that delivers 50+ channels to any connected device. Meanwhile, Comcast is expected to unveil  XFinity Instant TV later this year, which will be a similar content subscription service available either as an add-on or stand alone.

The home entertainment landscape is changing rapidly. With all the choices available for today’s consumer, it’s more important than ever to partner with an experienced consultant to help you make the best home theatre decisions. Our team at Grand Home Automation can help! Contact us today to start the conversation.

Ever catch something in movies or video games that makes you go “waaaait a minute…?” Ever find yourself wondering why nobody in her school recognizes Hannah Montana even though she looks exactly like plain old Miley with a wig on? This is called Suspension of Disbelief, coined by Victorian poet Samuel Taylor Coleridge (Rhyme of the Ancient Mariner) in the early 19th century. Essentially it happens when (and Coleridge used it namely with mythological creatures and fantasy in his poetry) the creator of a particular work (film, literature, art, etc) asks his audience to believe in some type of fantasy, even though it cannot exist in the realm of the real world. For example, George Lucas prefaces the movie Star Wars with “A long time ago in a galaxy far, far away…” This is a direct request for viewers to remove themselves from reality and enter into a world that is completely un-like the world we live in. With this preface, we know as viewers not to question the reality of what we’re watching, just to go with it and have fun. With the rapid expansion of technology in the film/gaming industry and the ever-growing demand for means of entertainment, this theory holds tight more than ever.

When it comes to your home theater, Suspension of Disbelief can be split into two categories, similar to fiction movies and non-fiction movies. The fiction category is how you’d classify all the Hannah Montana and Star Wars stuff, where you’re being asked within the story to leave your comfy chair and enter a world where things are different than the world you live in. The non-fiction category refers to the technical aspect. Have you ever seen an old episode of Dr. Who or StarTrek? You as the viewer are asked to ignore the ridiculous special effects, bad dialogue, silly costumes, and awful audio effects and immerse yourself anyway. The audio and film industries have made unimaginable leaps and bounds in technology since those campy old SciFi movies, and your home theater experience should be no different. Rapidly improving 3D TV’s, projectors, gaming systems, HD surround sound, and HDMI specifications are all but eliminating this kind of Suspension of Disbelief, allowing you to jump head-first into your favorite movie or video game, without having to “ignore” the technical stuff. And it’s only getting more realistic. Your 3D TV will put you right in the middle of fantastic places. Your HD surround sound will make your experience more intense. Your internet-ready projector puts millions of streaming movies, TV shows, and video games instantly at your fingertips. And you can have this all in the comfort of your own home. Now that really is movie magic.

Grand Home Automation is proud to announce the launch of this website dedicated to assiting people with Home theater and media room installation related issues. As the primary contributor to this blog, I hope to cover topics that are of concern to those who are contemplating the building of a new home theater, or wish to improve upon the one they already have. Harmonizing with Grand Home’s general philosophy, a strong emphasis will be placed on planning, design, and engineering. With so many factors to consider, it’s just too risky to buy a bunch of gear, wire it up, and hope everything works out alright.

As a CEDIA certified home theater design specialist, I will be stressing the importance of getting the room design right. Extremely expensive equipment will perform quite poorly in an uncontrolled environment, while even modest electronics can perform wonderfully under the right conditions with proper calibration. Some of the primary considerations for any home theater space that will be discussed here are: